God has given me a lot of relationships, but he’s never let most of them last very long.

Since I was 14, I think, I’ve been praying for a loving husband. At a house party once, where I was single, someone asked me if I was happy. Yes, I thought. Happy enough. I told her my dating strategy was fairly simple: I’m dating and I’m waiting for something that sticks. 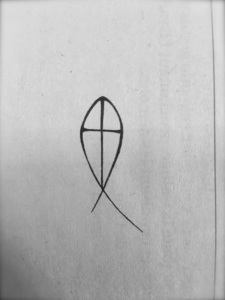 As it was I’d had a lot of hopeful beginnings, but God always tore them apart before things progressed too much. That’s how I think of it anyway; He is jealous for me. And he has put an end to anything that was less than He was for me.

Relationships take time – and sometimes they feel all-consuming. Whenever I was putting too much time into relationships and too little into my faith, the relationship suffered, naturally. God became jealous – and angry that I wasn’t devoting my time to Him. God wouldn’t bless a relationship that drew me away from him.

I was like the mother who neglects her children every time she has a new lover. My sticky boyfriend would turn up when I realized that God was the glue.

Erin Adair-Hodges explains this so much more eloquently than I do in her poem “When I say Jesus was my boyfriend.”

Recently, my ex’s have been parading through my dreams – one just as cold, the other just as warm, and the third just as hot and cold as they’d been in real life.

Why my mind is choosing now to sort through my past is a little alarming, considering I just bought a house last spring with my current boyfriend. However, the fact that I’ve been struggling to find my voice – literally – isn’t without reason.

For several years, I haven’t been able to have a healthy fight with a partner – I just don’t have it in me; I don’t have the energy. In my early twenties, my gramma noticed this as a problem. One evening when I was tired after a long day at school she cornered me in the bathroom while I was taking off my make-up and started a fight. When I couldn’t handle her criticism any longer, I burst out crying.

In my early twenties, I used to absorb it all until I imploded. Now I’ve gotten really good at turning to stone, shutting down, tuning out. That’s what you do to a woman when you routinely blast her with fire and ice.

I guess I’m old enough now to know what regret is: the men I’ve left a long time ago and on different spots on the map keep infiltrating my dreams to make me face my fear.

With the cold one, I was never good enough – and here he was in my dream, walking past me without stopping to talk. Just the thought of him triggers uncontrollable FOMO.

The warm one is married and has never held a grudge. In my dream, I want to win him back – at least temporarily: I was uncharacteristically possessive of him. He was mine first, I told myself. He is my fear of loneliness.

The hot and cold one is by far the most frequent dream crasher. He makes me think of a poem I just wrote – The Freedom to Fly or Float Away. I’ve never known which one it is. Do I have ambition that serves as wings? Or is there just not enough gravity holding me down?

If enough men in your life make you feel like there’s something inherently wrong with you, is there any truth to that? In my dreams, I feel like they’ve broken me. Why can’t I yell at the top of my lungs? Why can’t I fight back? And why does it hurt so much when I try?

Is it God’s plan?

Thou shall have no Gods before me…

I am not the one in his flock who never strays, but God is the only man who’s ever chased after me. And the only person who can break me.