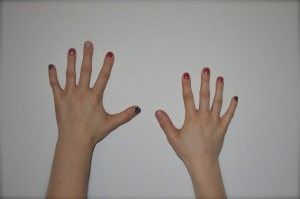 I missed a call from an unknown caller, but I knew who it was before I even checked my voicemail.

The investigator who’s been handling my assault case has a thick accent and I haven’t yet been able to catch his last name – Sgt. Something-or-other.

I answer tentatively, “I’m okay,” and wonder why I’m so mistrusting of him. Maybe it’s because I know what he’s going to say.

“I heard from the prosecution and they are recommending that we don’t press charges. I kind of thought they might say that…” I did too.

“Do you have any questions?” I hear him ask.

I’m a journalist and I can’t think of one single question to ask him.

I could have asked him anything – what he had for breakfast that morning or the last thing he did before making the phone call. That way I could have painted a picture with my narrative like: Sgt. Something-or-other set down his coffee and scoured his to-do list. Call File 183652 [Name pronouncer: RA-KEL FLET-CHER]. He picked up the phone and dialed the number. No answer. He left a message, then went down to the vending machine for a bottled water and a granola bar.

I’ve done what was supposedly the “right” thing – nothing came from it and now I need to go back to not freaking out every time my phone rings.

I detect something like relief in the voice of my anonymous inspector.

But damnit, when you take advantage of someone who’s drunk and barely conscious you make the world a scarier place. And making the world a scary place is by definition a crime.

And crimes should be punishable by law.