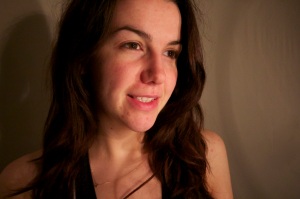 So I’m standing on a party bus.

I’m drenched in beer underneath my parka and the door keeps opening, so I’m standing here freezing.

No one seems to care, least of all the driver, who promised me and my three neighbours he’d take us back to our apartment building about an hour and a half ago.

Okay, so they’re not actually strippers. They are girls from the last bar we were at who the boys on the bus invited back with us. They are those girls.

I’m an advocate for women, so I’m struggling to not be judgmental here. But the truth is, while I have heard of “those girls,” I don’t know if I legitimately encountered any in real life – the type of girl who could give a complete stranger a lap dance because he invited her onto a party bus, supplied her with free liquor and now she’s smashed. Well, actually, she might have been smashed to begin with – it’s kind of hard to tell.

We are all kind of drunk.

But my buzz is starting to wear off. My shoulder is stinging a little bit because a few minutes ago, I was pinned under a fist fight – something about a jacket.

One of my neighbours is crying. One of the men mistook my other neighbour for one of those strippers. How? I don’t know. Looking at my three friends, it is so glaringly obvious they are of a much superior calibre. But he decided to feel her up and the four of us feel equally as disgusting.

There’s no such thing as clean fun. If guys are involved, there’s an expectation of sex, at least on their part. I can feel the boner of the guy sitting beside me.

“You’re a tough girl,” he says when I won’t let him kiss me.

My friends and I are having none of it, but the four of us can’t change culture. We just need to get off this damn bus.

I look at my three friends again, one in tears, the other two with clenched jaws and defeated looks – I want to kiss them all. May they all stay single – there isn’t a man on this earth who’s good enough for any of them.

Pandemic pondering - it’s been one year of life during Covid-19. How to make sense of everything we’ve endured, all the ways we’ve grown, all the things that have changed? 🌪🌪🌪💦☀️🌈 photo courtesy: @blink_and_its_gone
Follow Raquel's Books on WordPress.com