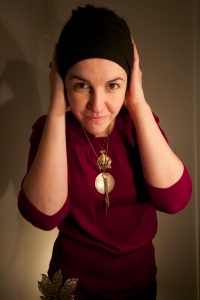 The nausiety has finally subsided, but as they say: what goes up must come down.

I came down in the middle of a Costco. This is just a phase, I told myself over and over. Do not listen to the thoughts in your head. They do not belong to you.

“Don’t look so interested,” Sam said sarcastically. I tried to overcome myself. I tried not to succumb to this weird head space.

This is why I have anxiety.

Anxiety is better than depression.

Nausea is better than loneliness.

Drama is better than the void.

But, unfortunately, after a two-day stint of running on high, I had to sink (I was burnt out) and I just had to ride this out until I reached equilibrium again.

I still fear being attacked. Last night, I had a dream Flayla and I were at a restaurant. A group of strangers asked if they could pet her and uncharacteristically, Flayla rolled on her back and let them rub her belly. I was so proud of her – finally, my fearful puppy was warming up to strangers.

But when she returned to me, there were two large, bleeding cuts all the way up her underside. Someone had sliced her, someone who she had no reason to mistrust.

When I woke up and she wasn’t in bed with me, I panicked.

There she was on the couch, head resting on a pillow, tail wagging, uninjured. I rolled her over to examine her belly just in case.

Depending on my state of mind, I do this weird push/pull thing in order to cope with people’s constant disappointment. I give my number out freely then block people when I feel I can’t emotionally handle them. Some days I hate being called “cute” – and other days I dress for the “compliment.” Sometimes a friendly touch would be enough to make me melt into myself and other days I am kissing strangers.

I have a way of keeping myself and everyone around me on their toes.

Who cares if that isn’t true? Most of the stuff I tell myself isn’t true. This thought at least I kind of like. It is kind of romantic. And it makes me want to come out of hiding…

…the thought that there is someone on the other side of this blog.