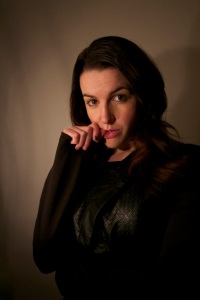 I was stuck behind a train. And all of a sudden, I was struck with extreme nausiety.

I was in a company vehicle and I worried people would see me gagging in the driver’s seat. Just when I thought I’d had it under control, I’d dry heave again.

Great, I thought. And there’s nowhere to go. And my Adivan is at home.

Two hours later the nausea only continued getting worse.

“I got stuck behind a train this afternoon and now I have nausiety: that makes no rational sense,” I texted Shaun. I needed a lifeline at the moment – I was calling a friend.

Twenty minutes later, Shaun’s calm and non-judgmental response: “What did you feel when you were sitting behind the train? Were you impatient because you wanted to be somewhere?”

I replied without thinking: “Yes, sort of. I was worried about meeting my deadline, but that’s dumb because I wasn’t going to miss it. I was thinking about the murder trial I was covering and about the dog poop someone left on my doorstep a couple days ago and the speech I want to make at the condo meeting tonight and I hit my breaking point and I didn’t know any coping skills…I was having a really good day, but then I got this call from Victim Services saying the police have done nothing on my file and asking if I’ve had any “problems” with the guy since…ugh.”

“I’m sorry, that doesn’t sound very fun,” Shaun replied, the best reply I could have anticipated at the moment.

“I don’t know why it made me want to puke. That’s the scariest part – is feeling like everyone’s betrayed me, even my own body,” and at that moment my body had had enough. Tears mixed themselves in with more dry heaves.

Shaun’s reply: “I very much doubt that. This is a pretty natural human emotion. Be patient with yourself…”