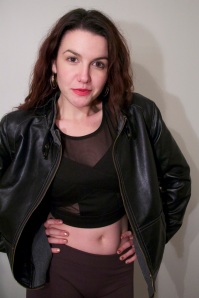 So I made a really big mistake. I promised Terry I wouldn’t write about him, which I obviously did not keep.

The thing is I had no right to make that promise because I should have known I couldn’t keep it. This was before I connected with my backbone though, so Anxiety took over and answered for me like she so often loves to do and I should have told her to shut up, but I didn’t.

“This autonomy project is about me, not you, so I don’t have any reason to write about you,” Anxiety, always the apologist, reasoned. She wasn’t brave enough to defend the project and the methodology used, believing (and probably rightly) that she would never be able to convince him of the blog’s validity and its contribution to public discourse. Plus I wanted him to stay; I didn’t want to scare him off.

Oh, how I wish I could go back in time and not say that! It’s true that this project is about me (obnoxiously about me, in fact), but it’s also true that we impact each other.

It’s been difficult at times to navigate when it is appropriate to write about someone, but here’s my thinking: Stories require conflict. As the heroine in my own story, I’m often in conflict with other people. And conflict reveals flaws. It’s hard not to write about flaws when you are writing about human beings. But stories also celebrate human beings – how they overcome those flaws and triumph over conflicts. I hope readers understand that the people I’m talking about are important and valuable and I need to make damn sure I represent them as full and complete humans and not characterize them based on one soul attribute.

I failed to tell Terry that I really believe there is validity to this project and to my telling my story. Censoring myself and a part of the narrative that is important is not okay with me. I should never have said that it was. I’ll learn from this and move on, but I am really sorry. Please forgive me.