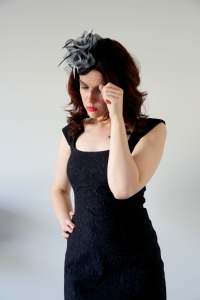 After weeks of agonizing over an inexplicable misery which had been brewing inside me – sleepless nights, anxious mornings and a deep-seated heaviness I felt throughout the day, it dawned on me: I was heartbroken.

It was a sudden realization; driving down Ring Road in the middle of the afternoon, it all of a sudden struck me as so obvious that I couldn’t believe it hadn’t occurred to me before.

But I suppose far from the all-consuming catastrophe heartbreak is when we’re in our teens, in our mid-twenties, it’s just thrown in with all the other daily apprehension you feel: another obstacle to jump over as you continue full speed ahead.

Truth be told, I was relieved. Phew! This wasn’t misery at all – just another human emotion that I’ve felt before and so I know it is only temporary – it will pass.

We spend a lot of time concerned about getting older, but much less time concentrating on growing up. I always thought 25 was the year I’d be grown up, the year the world would finally start taking me seriously, the year I’d know what I wanted. And yet, I still feel young. I come home sometimes and walk into my apartment, amazed at the fact I live here – by myself – without my parents. When did I get so damn autonomous?

I certainly don’t feel autonomous. Most days I feel like a poser – I may live on my own, buy my own groceries, have a career, but really I’m just a self-conscious 13 year-old.

“Young women don’t recognize their own power, but when they do, it’s dangerous,” one of my male friends quipped once, likely intending it a lot more casually than I took it – which was to heart. I have some sort of power I’ve been completely ignorant of? Really? Because I pretty much feel like a lady-in-waiting. Twenty-five years and my knight in shining armour has been nothing more than a mirage on the horizon.

While I’ve retained the self-consciousness of my 13 year-old self, I’ve lost the hopes and dreams I had as a teenager. Maybe that’s why for days I ignored that internal dread I felt for apparently no reason. Far from being ignored, the pain of heartbreak should have actually been welcomed. Why did I just continue about my day without at least acknowledging that I felt something for someone? Like that was a bad thing.

Somewhere in my growing older, I forgot to take stock of myself to see if the person I’d become was the person I wanted to become.

My self-image was suddenly the reflection held up to me by the people surrounding me at any given time. The problem is if you never stop to look at yourself in the mirror, when someone holds a mirror up to your face, you don’t recognize yourself: you don’t know whether or not to trust that image.

Hence, this project: The Year of the Selfie, 365 self-images of what I want it to mean to be an autonomous woman. I think of it as a catalogue of self-possession. I want to see myself in all my raw human emotions: my fear, my anxiety, my confusion, my joy, my goofiness, and my capacity to love NOT indifferently.